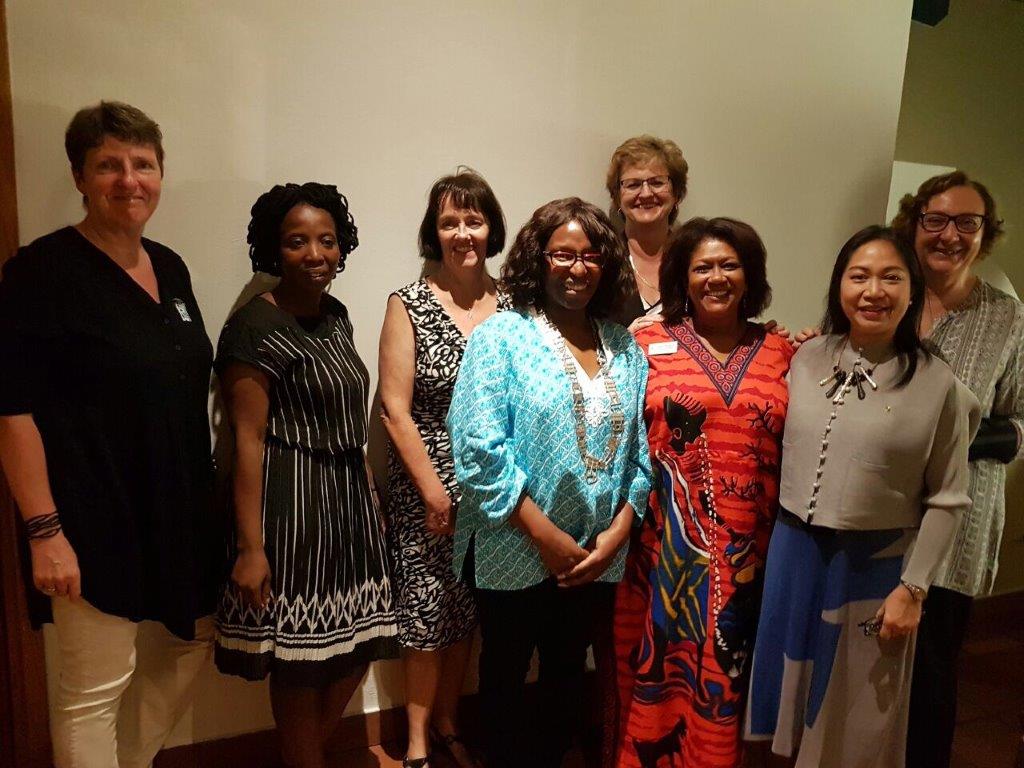 Club chartered on 28/05/2016
The SI Pretoria Club and the SI Tshwane club, after long deliberation and hard work in the background, amalgamated to form one strong club called SI Pretoria-Tshwane. The chartering of the new club took place on Saturday, 28 May 2016 at the Pretoria Country Club.
SI Pretoria-Tshwane forms part of SI South Africa, the South African national organisation.
The club’s AGM takes place during the March meeting each year.

SI Pretoria-Tshwane has for many years part-funded the stipend of a home visitor and drop-in centre carer for Tateni. So many destitute and chronically ill Mamelodi residents have over that time come to love Maria Mogashoa and rely on her visits and services. Maria takes care of 20 children representing 13 families, at the ST Francis drop-in centre. About 24 attend the St Francis Drop-In Centre daily. A new person has been appointed to assist twice a week at the library.

a. The underwear project for school children, focusing on the children at the Makgatho Primary School in Atteridgeville continued with the support of IDSA (The International Diplomatic Spouses Association) and the Pretoria Boys High School. Michelle Mann wife of the New Zealand High Commissioner wrote after they visited the school: It was such a privilege to be part of yesterday’s event, and to meet such committed and inspiring teachers and community workers (including your group). And the children singing for us was an experience I will always remember!

An intern, Mia, from SI Southern England joined SI Pretoria-Tshwane Club in December 2016 to work as a volunteer in the three areas where the Club is active in the Tshwane Metropolitan area. Mia is currently staying in Atteridgeville and is assisting Soroptimist and Head mistress Jane Tsharane at the Makgatho Primary School in Atteridgeville. She will also assist at the Tateni Drop-in Centre during her year-long stay in Pretoria.

The club donated food parcels in the past, and in 2016 donated 36 boxes of printing paper to the Westerlig Primary School, which is situated in a very needy community in Pretoria, to assist them in their teaching. Pretoria Boys High has very kindly made this donation possible.