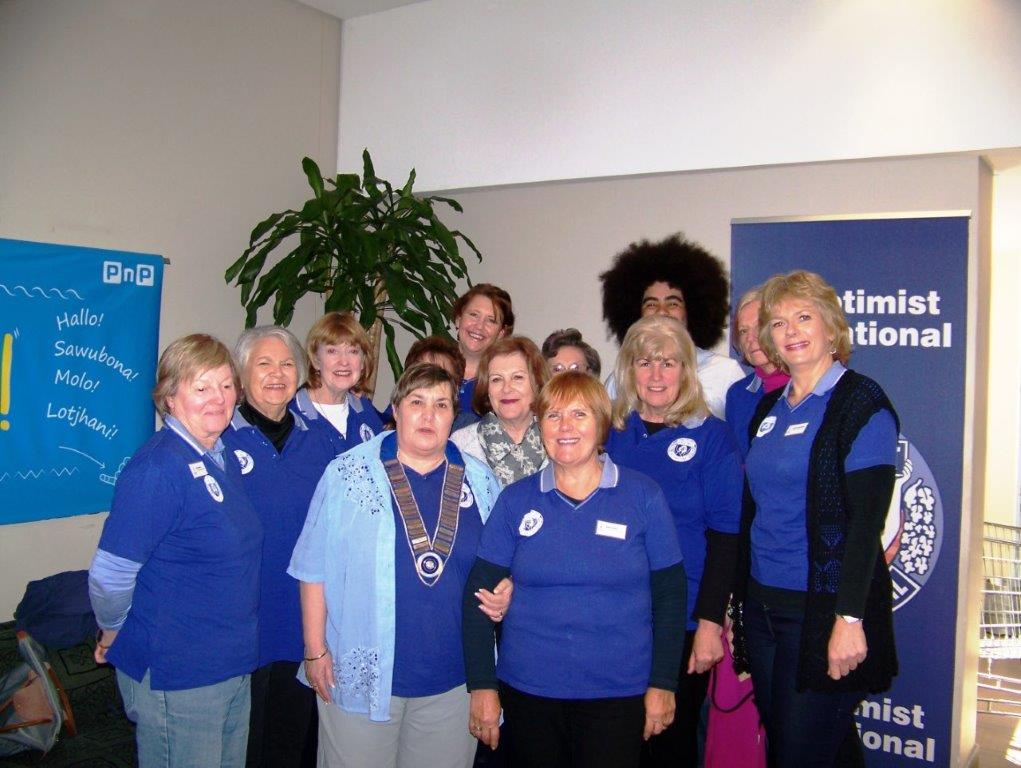 When: First Saturday of the Month
Where: Alphenvale Village, Parish Road, Constantia
Time: 2pm – tea is served after the meeting.

Support of this school is the SICGH President’s Project for her two years in office – April 2016 to March 2018. This project focuses on the provision of much-needed stationery and benches, neither of which is provided by the Government Department of Education. The school is unique as all the pupils are bussed in every day from Khayelitsha, a sprawling impoverished township. Almost all of the pupils are neither able to pay school fees nor afford even the basis stationery requirements. Stationery is collected by club members and delivered to the school on a regular basis. A fundraising event was held in October 2016 – the funds raised were supplemented by other funds and used to purchase four six-seater picnic benches and tables that have been placed in the school grounds for pupils to use when eating their school-provided lunches. For many of the pupils, the school-provided lunch is their only meal of the day. As and when funds are raised, further benches and tables will be purchased.

This project meets the SIGBI Goal 2: Soroptimist International will improve the lives and status of women and girls through education, empowerment or enabling opportunities; Objective 1 – Education.

A residence for senior citizens dependent on the Government Social Pension Grant.

Each resident rents a room at a minimal rate and has to make their own provision for food and electricity.  Over the last twenty years, our support of House Morea has taken many different forms as and when funds raised have allowed.  Our support has included:

Our current project at House Morea involves the upgrading of facilities in their communal lounge.  With the help of donations from two private sponsors, we have purchased sixty chairs.  Once the City Council has repaired the leaking roof and ceiling, we plan to replace/repair the kitchen unit and cupboard storage, we shall provide tea pots, jugs, mugs and side plates for sixty persons and, if possible, repaint the walls.  We shall be using the graduates of the SOZO Foundation to repair and rebuild the kitchen unit and cupboards.  The SOZO Foundation is a non-profit organization operating in a very impoverished area in Cape Town and provides school leavers with employable skills.

This project meets the SIGBI Goal 2: Soroptimist International will improve the lives and status of women and girls through education, empowerment or enabling opportunities; Objective 4 – Ensure women and girls have food security and access to the highest attainable standard of health care.

We organize a day’s Seminar once a year which is attended by one hundred school girls from a wide range of secondary schools in the Cape Town area.  They are all in Grade 11 which means that they still have one year to go before leaving school – they are all in the 16-17 year age group.  The Seminar always takes place on the Saturday immediately after South Africa’s Women’s Day on the 9th August.   The program focuses on self-development and includes topics such as “Dare to Dream”, “Self Defence – why I shall still be alive when I reach twenty one”, “Dressing for Success”, “My Sexuality”, “The Network and Me – using Social Media” and “Building the Future Together”.  A Career Faire is included where the girls can find out about different careers and tertiary study institutions.  The Seminar is sponsored by one of our large supermarket chains, PicknPay.  They provide the venue, refreshments, goody bags, the printing of programs and certificates as well as gifts for the presenters.  Each girl receives a certificate of attendance at the end of the day.   The day is organized by a small subcommittee and all members of the Club are involved in some way on the day of the Seminar.  This project highlights the willingness of our members to work as a team.

This project meets the SIGBI Goal 2: Soroptimist International will improve the lives and status of women and girls through education, empowerment or enabling opportunities; Objective 1 – Education.

Dedicated club members assisted by a gardener have continued to maintain the “Garden of Serenity” which we established ten years ago.  It provides a peaceful environment for interviews, counselling and relaxation.  Several indigenous trees have been planted in the garden in memory of long-standing members of SI Cape of Good Hope.  Productive work parties take place from time to time to refresh and enhance the garden.  Most of the plants are indigenous and are ‘water-wise’ as far as possible.  An automatic sprinkling system was installed two years ago which helps to control the amount of water used in line with our water restrictions.  Weeding is an ongoing activity and a small team of members assisted by a gardener visit the garden monthly to combat the weeds.

This project meets the SIGBI Goal 2: Soroptimist International will improve the lives and status of women and girls through education, empowerment or enabling opportunities; Objective 3 – Eliminate violence against women and girls and ensure women’s participation in conflict resolution.

The South African Education Department no longer supports libraries in schools.  Lourier Primary School is in a very poor social and economic area where many of the parents are unemployed and where there is much drug and alcohol abuse as well as many criminal gangs.  Many of the parents have had very little education.  Most of the children had never been exposed to a library before and had never taken books home to read.  Having renovated two classrooms into a fully functional library with the assistance of funding from a private sponsor in 2011 and 2012, we then focused on encouraging the children to enjoy using the library and to enjoy reading.  Assisted by a dedicated Soroptimist, a part-time librarian manages the library on three days every week and oversees the lending out and successful return of books.  Having established the library, we need to ensure that it is sustained and maintained.  Funds are used to build up the stock and repair of books and, in particular, to cover the librarian’s remuneration.   Members of the Club assist on an ad-hoc basis with the collection and repair of books.  Several members also go to the school on a regular basis to read to groups of children in the Library.  To encourage the use of the library, we sponsor the book prizes for an essay competition at the end of each year for the senior pupils.  Our major concern each year is that we shall have enough funding to cover the librarian’s minimal renumeration for the year.

This project meets the SIGBI Goal 2: Soroptimist International will improve the lives and status of women and girls through education, empowerment or enabling opportunities; Objective 1– Education.

Keeping the Girl Child at School

It is difficult to provide specific statistics on the social conditions/poverty/economics in the areas in and around Cape Town.  There are however many areas of abject poverty – not only within the metropolitan areas but also in the rural communities.  The number of girls staying at home for one week a month while menstruating  due to lack of sanitary ware is in proportion to the overall estimate of four and a half million girls throughout South Africa who miss a week of school per month.

“Keeping a Girl Child at School” was the President’s Project during her term of office from April 2014 to March 2016.  Funds were raised specifically for this project and a total of one hundred and seventy three (173) Dignity Dreams non-disposable sanitary packs were distributed to a cross-section of girls at school both in the city area as well as the rural area.

This project is currently on hold – current fund raising is for the current President’s Project – but the Club has decided that this will be an ongoing project whenever additional funds are available.

The Club definitely prefers to donate non-disposable sanitary towel kits.  Each Dignity Dream pack contains three pairs of panties, six non-disposable washable sanitary pads, a zip-lock bag for a soiled or wet pad and instructions on how to use the kit.  The packs are approved by the Bureau of Standards and are guaranteed for five years.  The cost of each pack is R150.

We have since come across the “Menstrual Cup” which appears to be a very sustainable and “easy to use” solution but we need to investigate further.  The Menstrual Cups cost R320 per kit and are said to last from between five to ten years.

We have realized that the demand is great and the supply limited, but with perseverance and co-operation between all organisations and business, we could eventually get to the point where no girl child has to miss a day of school because of not being suitably equipped to cope during her menstruation week.

This project meets the SIGBI Goal 2: Soroptimist International will improve the lives and status of women and girls through education, empowerment or enabling opportunities; Objective 4 – ensure women and girls have food security and access to the highest attainable standard of health care.